Get Ahead of the Game: Actress Wendy Raquel Robinson tells Californians 'Be ready for emergencies'

Through all the chaos of the COVID-19 crisis, Wendy Raquel Robinson says she has managed to hold it all together. The actress, known for her roles in several films and television shows, says she has several reasons to be grateful, too.

Among them is the return of “The Game.” On Aug. 15, Netflix began streaming the popular comedy-drama, which debuted in 2006 and aired on the CW until 2009. In 2011, BET began developing and airing the show until its series finale in 2015. Robinson played Tasha Mack in the series, the confident, funny and straight-shooting mother of the show’s star Malik Wright, who actor Hosea Chancez played.

“I’m thankful for so much -- so much to appreciate even in the midst of this pandemic,” she told California Black Media.

Robinson, who lives in Southern California, says she understands how unexpected events can upend your entire life. In 2007, she lost everything in a tragic fire that engulfed her Pasadena home and burned it to the ground.

“I get home. I’m met by the Red Cross, fire trucks. It was a power outage. After the power came back, it sent an electric surge to my house and two other houses. That ignited the fire that burned our houses,” she remembers that painful experience.

Even more distressing than the destruction, Robinson says, was what she had to go through during the aftermath. A swarm of insensitive adjusters showed up at the scene of the disaster, scrambling to put in bids to help her with her insurance claim. She had to call the police.

The city of Pasadena also did not take responsibility for the fire and, although it took her three years to rebuild, she was only insured for one year. Also, Robinson says she only received an insurance payment that equaled one third of the value of the property she lost.

“It destroyed so many things I cherished. It uprooted my entire life. I lost my dog and I lost her car. Photos. Archival items from my career. Some of those things you cannot replace,” she said.

Robinson says that’s why having a plan for when disaster strikes is always a good way to protect yourself and your family.

“We have to make sure all of us — and everyone we love — are prepared for emergencies,” she said.

That’s why Robinson has lent her image, voice and likeness to a statewide emergency preparedness awareness campaign called Listos, which means ready in Spanish.

“Emergency preparedness is not government’s responsibility alone. Solutions can’t be top-down – they have to come from the bottom up,” said Gov. Newsom Aug. 20 when he announced the state’s $50 million investment in the campaign.

“We need more focus on building resiliency within California’s most vulnerable communities for the destructive and deadly wildfires ahead,” the governor continued. “We’re empowering non-profit organizations and emergency responders to work together to prepare for emergencies because California is at its best when we look out for each other.”

An ad featuring Robinson has been published in African American-owned newspapers across the state and she has recorded public service announcements for radio stations serving Black listeners in the Los Angeles area, where the largest number of African Americans in California live. 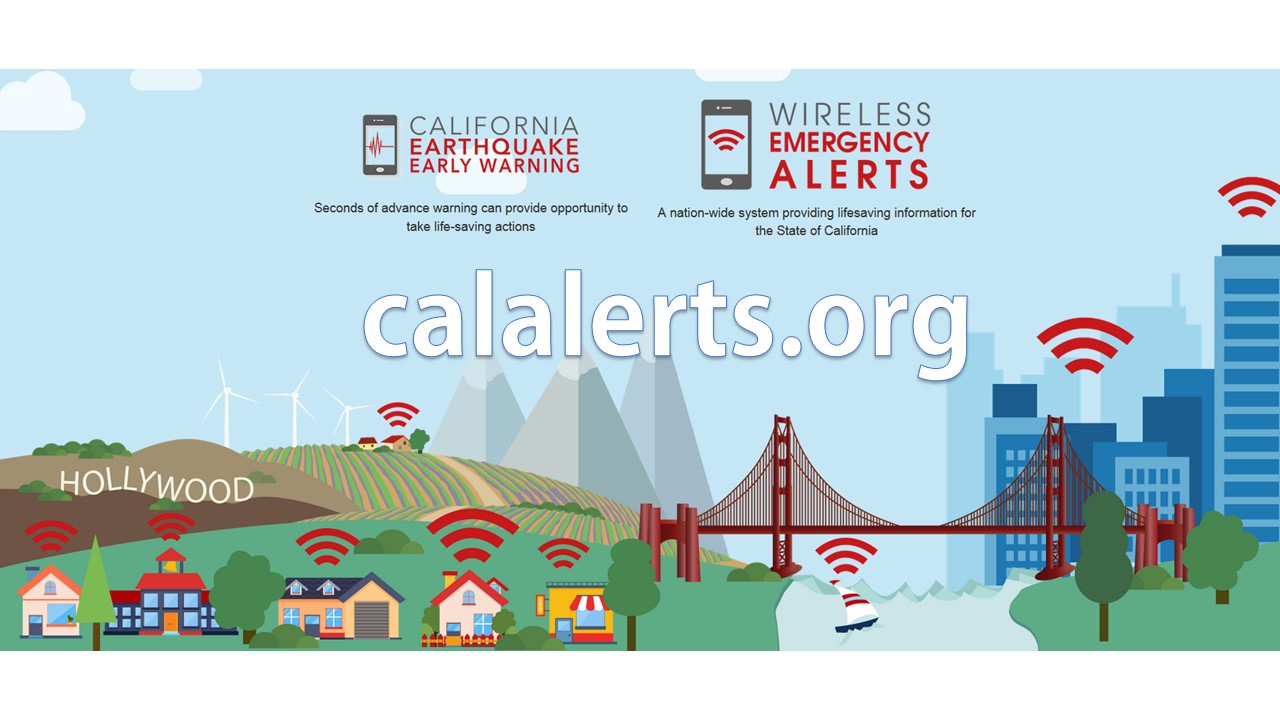 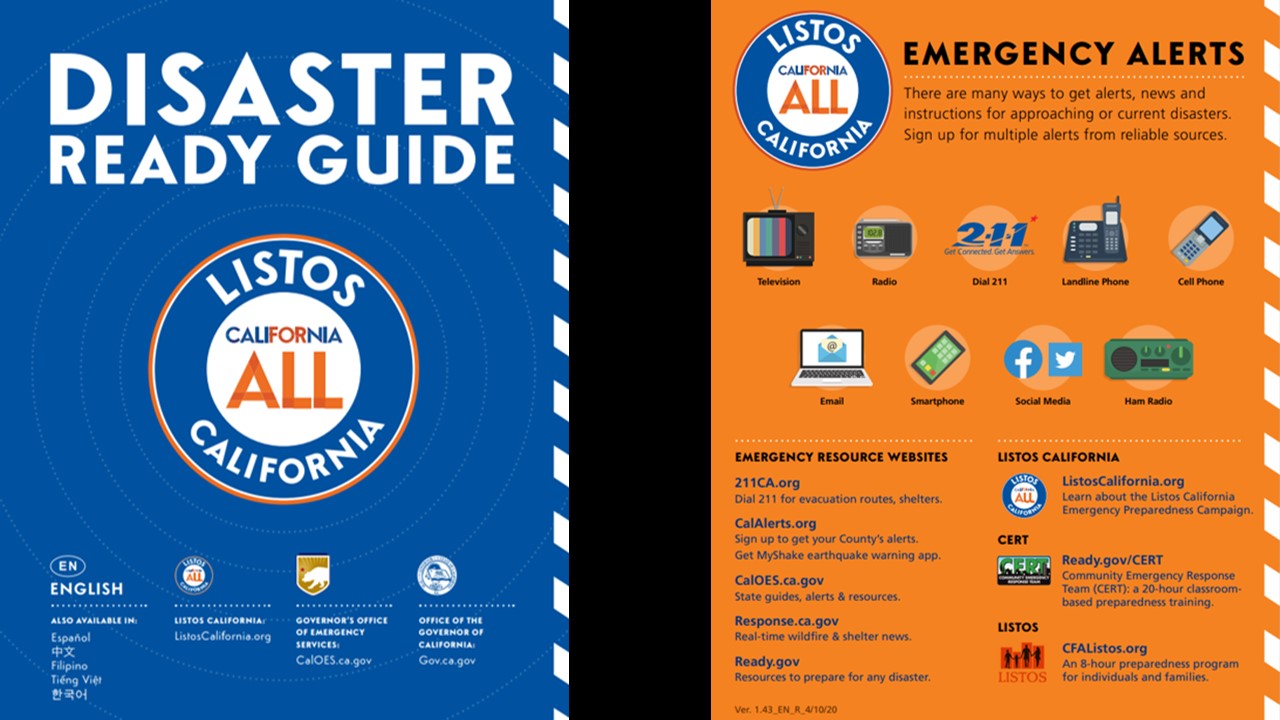 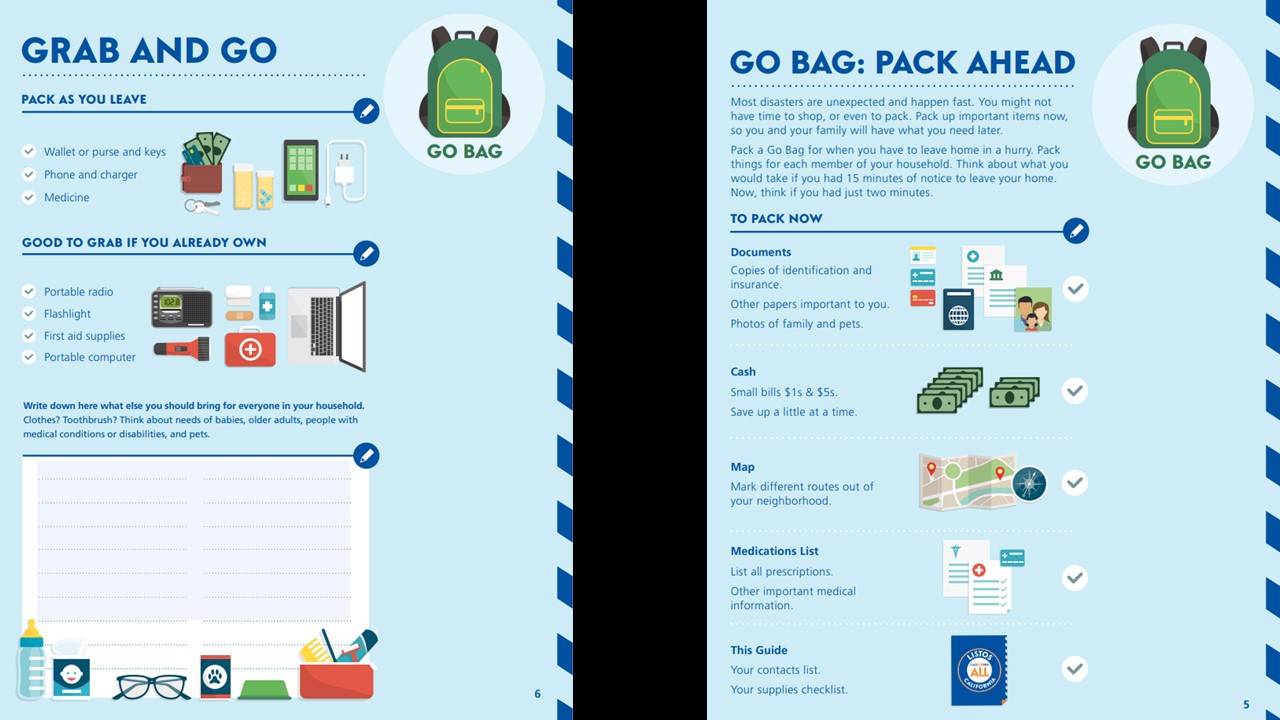 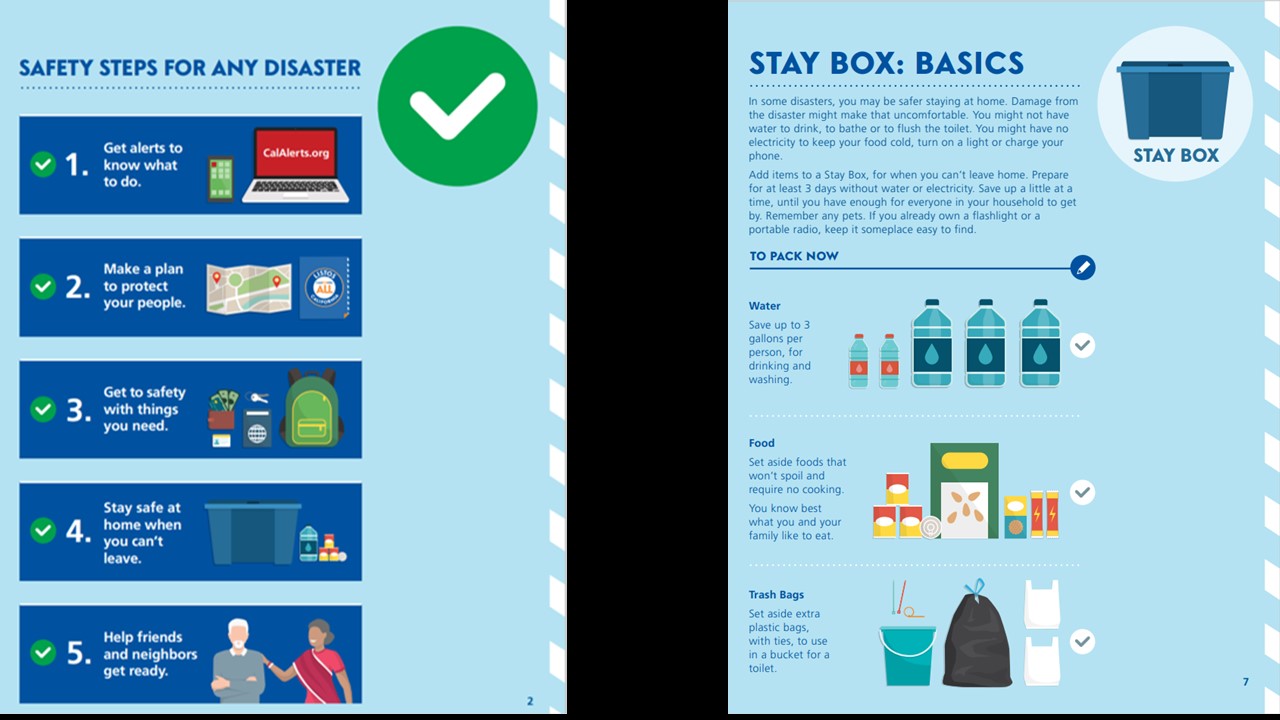 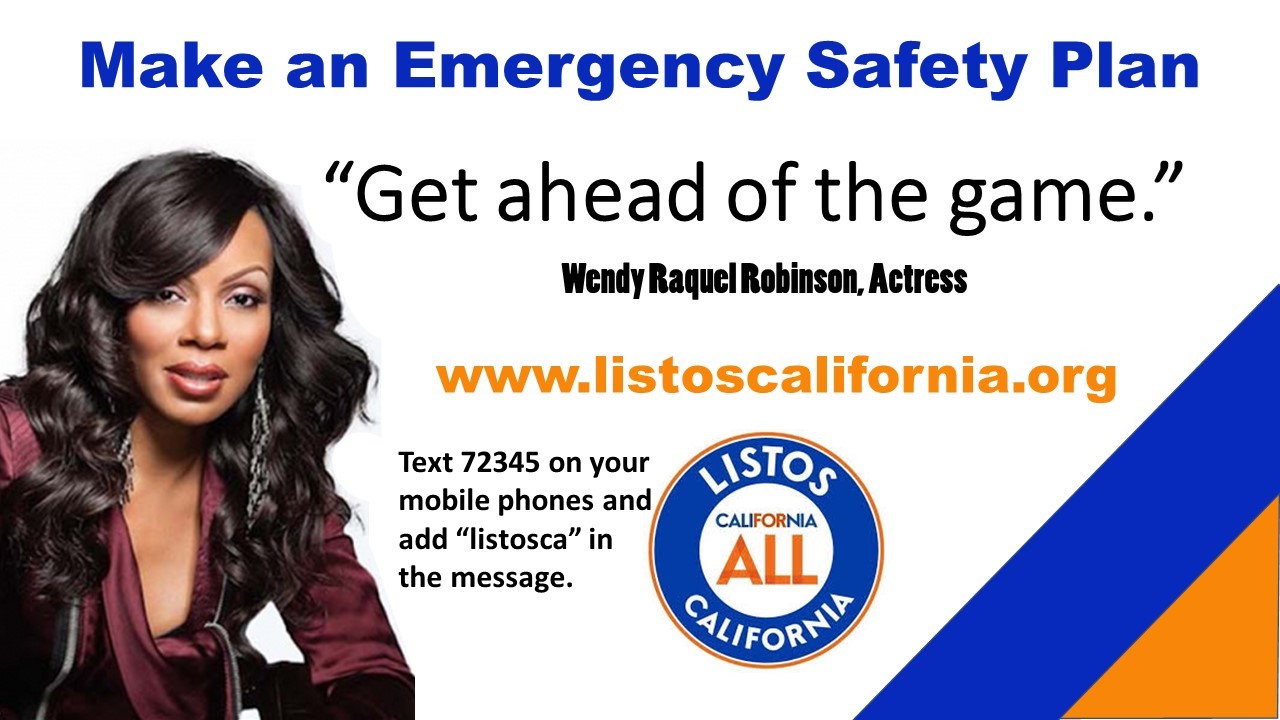 Robinson’s voice and likeness will also appear in an animated video that will be published on internet and social media platforms targeting African Americans around the state.

“It can be devastating,” said Robinson who has won NAACP Image Awards 11 times for her acting roles.

Robinson, who was born in Los Angeles and earned her bachelor’s degree at Howard University in Washington, D.C., has taken on several television and film roles. One of her most well-known characters is Regina “Piggy” Brier, the principal of the fictional Booker T. Washington High School on the WB sitcom “The Steve Harvey Show.”

“Now, I realize that taking steps to prepare for a disaster, natural or otherwise, that might happen to you -- and, yes, it does traumatize you -- is not only smart. It is necessary.”

Listos provides 5 steps to help Californians prepare for emergencies. They are: make a plan; pack a go-bag with things you need; build a “stay box” for when you can’t leave; and help friends and neighbors get ready.”

Besides the media public awareness campaign, some community-based organizations will lead efforts to reach out to African Americans centered in three disaster-prone areas of the state where Californians with some of the lowest average household incomes live:

Watch energy-saving podcast, "A Talk About Energy with Ken McCoy"

Last week, Gov. Newsom also announced the appointment of Karen Baker, 57, as his Senior Advisor for Disaster Volunteering and Preparedness at the Office of Emergency Services. Gov. Arnold Schwarzenegger first appointed her to become the country’s first Secretary of Service and Volunteering in 2008.

“We know that people who are socially isolated or live in poverty, have language barriers, or other access or functional needs challenges, need to be the top priority for preparedness campaigns,” Baker said. “Taking care of each other, showing courage when it matters most, is what we do in California.”

On Your Nov. Ballot: Proposition 20 calls for changing some misdemeanors to felonies